Take the Preregistration Pledge with Project Free Our Knowledge 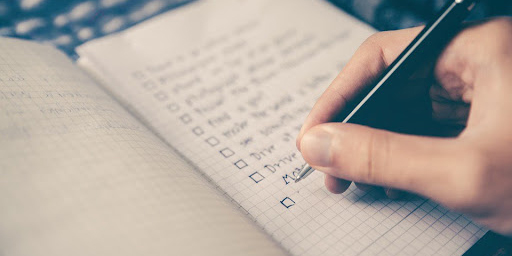 COS is collaborating with Project Free Our Knowledge (FOK) to support ECRs and others advancing open behaviors in their fields, and is pleased to partner with FOK’s Preregistration Pledge, a campaign to mobilize researchers collectively and power their advocacy with evidence of shifting cultural norms. Learn how you can join the Preregistration Pledge and drive the efforts in your field toward critical mass to help shape new perceptions around open practices.

Open science practices have the potential to benefit everyone in the scientific community -- by sharing our plans, materials, data, code and articles openly, we can collaborate more efficiently and save resources and time that might otherwise be wasted duplicating others’ efforts. In practicality, however, the current system -- with its focus on publications in high-impact journals -- often fails to reward open science behaviours, and in some cases can even punish individuals who adopt them. Collective action problems like this occur throughout academia and severely limit the adoption of open and reproducible practices by the research community.

An entirely fictional but all too familiar example
Take, for example, the ECR who considers preregistering their next study. It makes sense, they think, to state a priori what the hypotheses and research plans are, both to safeguard against questionable research practices and to let others know what you’re working on. If everyone did this, they think, life would get easier for everyone, because then we could get a clearer picture about the reliability of the literature and also prevent unnecessary duplication of work and resources. Armed with these reasons, the ECR runs the idea by their supervisor… “Sounds good in principle,” she says. “But you’ll be locking yourself into specific analyses before you know what the data look like. If the analyses turn up nothing, all our efforts would be wasted -- high-impact journals aren’t interested in null results. Besides, hardly anyone is preregistering in our field. Why should we be the first?” The ECR might make some headway on the first point, by arguing that preregistration is a plan not a prison, but how could they counter the second point, particularly in fields where preregistration is very much the exception? Why should the ECR be the only one to adopt this practice, if it will benefit others more than it will benefit themself? Acting alone, the ECR may well just go along with their supervisor’s advice and carry on business as usual.

A data-based solution
But what if, instead, the ECR could show -- with data -- that there is actually a considerable amount of support for preregistration in their community, and that a large number of their peers would also commit to preregistering if they weren’t alone in doing so? That way, the ECR (and supervisor) could preregister their next study, comfortable in the knowledge that they wouldn’t be the only ones adopting this new practice. They could align their actions with their values, and cooperate with like-minded individuals to usher in new cultural norms in their research field.

Project Free Our Knowledge, the new collective action platform for researchers
This is the goal of Project Free Our Knowledge (FOK): to measure latent support for open science practices, and then organise the collective uptake of those practices once some critical mass of support is met. By acting together, Project FOK aims to help researchers self-organise around common interests and kickstart new cultural norms, while minimising risk to vulnerable individuals (like the ECR described above).

Take the pledge today!
Do you think preregistration should be the norm in your field? Would you like to support fellow researchers who desire change, but don’t feel comfortable acting on their own? If so, we encourage you to take the Preregistration Pledge today and help bring your field to the 100 pledge target. Some fields are already very close to the target, so adding your pledge could make this happen very soon!

Open science practices are our portal to a better academic system, but we need to cooperate to make them the norm. Science is what we make it -- let’s make it open, cooperative and inclusive by taking action, today.